Over a month after Category 5 Hurricane Maria swept through Puerto Rico causing catastrophic damage, much of the island is still without power. The storm knocked out power to almost all of the commonwealth. Homes, schools, hospitals, and other critical services and infrastructure were left without power. Even now, only a fifth of residents have power.Microgrids may provide the means to reduce vulnerability—and improve resilience—in the wake of a changing climate and increasing risk of natural disasters. In the aftermath of the recent tragedy, Puerto Rican officials have been discussing potential plans for privatization and improvement of the island’s grids. Battery companies Tesla and the German-microgrid company Sonnen have discussed plans to increase production of battery production, and have pledged plans for developing microgrid electricity distribution systems for Puerto Rico.

Puerto Rico may be able to learn from its neighbors to the north. Superstorm Sandy was yet another example of the risks of extreme weather events to our energy grid–nearly 8 million households were left without power. For nearly two weeks, large stretches of the Northeast, including parts of New York City, suffered power loss, resulting in over $70 billion of lost business.However, some district energy systems were able to withstand the storm, illustrating how local resources can be optimized in such an extreme weather event. For example, New York University continued to supply power through its use of a distributed heating system. And although it is not technically a microgrid, this distributed heating system is a great example of a distributed energy system that can increase resilience, particularly as a changing climate brings more extreme weather events and greater potential for loss of power.In the wake of Superstorm Sandy, the state of New York gave $500,000 to utilities companies serving four of the state’s municipalities to launch feasibility studies on the implementation of microgrids. 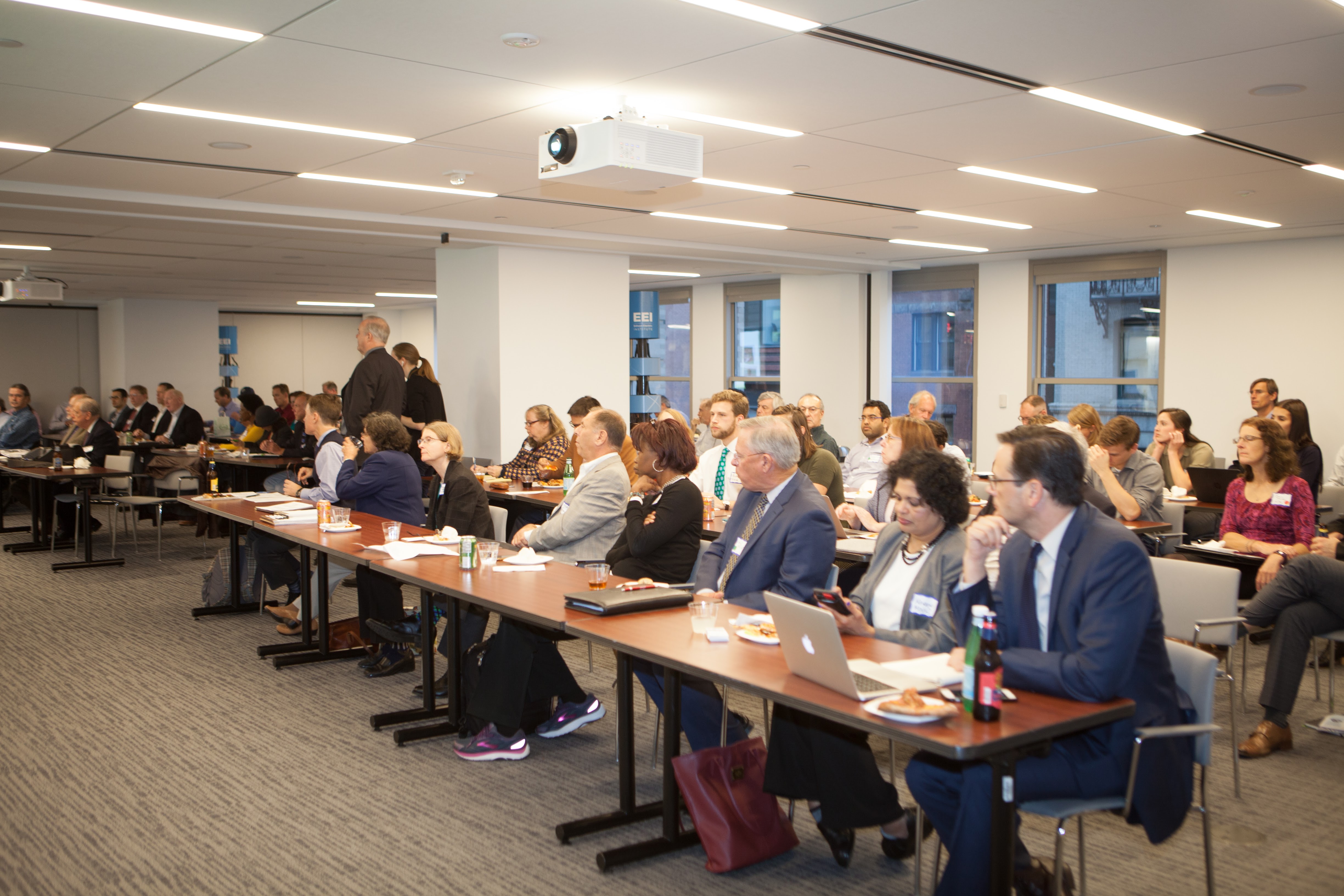 With studies showing that microgrids and other methods of distributed generation can increase our resilience in the wake of global climate change, it seems clear that microgrids are a viable solution and one that will be increasingly employed in the future. But the path toward more resilient and distributed generation energy systems is paved with hurdles for the microgrid industry, including gaining acceptance from utility companies, and other regulatory impediments.At a practical level, a key challenge is finding rapid-fire ways to build resilient microgrids into our energy systems. Japanese multinational Hitachi recently stated that the microgrid industry needs to develop a small, modular solution able to be designed and created in a controlled environment and then sent out and installed within a day. This “grid on a skid,” which could be designed in a few variable sizes, could allow microgrids to be set up in areas very quickly. Such a system would likely use technology such as a contained combined heat and power (CHP) unit, photovoltaic solar panels for installation on rooftops, and energy storage and control units.

The War of the Currents

The increasing severity and frequency of extreme weather events, risks of cyber and other attacks, and electric grid malfunctioning all pose threats to electricity transmission systems. These risks call for a revisiting of the debate surrounding AC and DC power, a discussion which goes back to Thomas Edison and his former employee Nikola Tesla in the 1880’s.Now referred to as the “War of the Currents,” this debate began because Edison developed a direct current—DC—that runs continuously in one direction, similar to a battery, and became the standard during the first few years of electricity in the United States. George Westinghouse, along with Tesla, on the other hand, felt that an alternating current—AC—was a better solution as it is easier to scale up, while DC is difficult to convert to lower or higher voltages. This is because an alternating current can change direction multiple times per second, and thus can be changed to different voltages through a transformer.However, instead of a debate on one current versus the other, the likely solution is that both are necessary. While electricity is mostly powered through AC, our computers, LED lights, and electric vehicles all use DC power. Furthermore, as direct current is more stable, it can be used to transport electricity farther, and results in greater efficiency because of reduced electricity loss.Solar power is particularly interesting as it is a type of DC power, but uses the photoelectric effect, where energetic light causes electrons on the surface of a material to be dislodged, thus creating a negative charge. However, this negative charge doesn’t run out as long as there is radiant light, so this type of DC power is a non-exhaustible energy source.

Appliance company Bosch has developed a new microgrid system that uses DC, which they claim can provide “significant energy efficiency, cost, reliability, and safety benefits” as compared to the conventional AC systems. In this novel microgrid, distributed generation such as solar photovoltaics are directly connected to energy efficient DC lighting and ventilation, and can therefore maximize the efficiency of locally generated energy. Additional power can be supplied through an AC/DC converter that can offer additional power when locally-generated energy is not sufficient to supply the load.In light of recent catastrophic weather and increasing risks to our electricity systems, distributed energy resources are gaining more attention and have increasingly been deployed. And, while AC has mostly won out, this debate is being revisited a century and a half later as studies are looking at the ways that AC and DC power could be used in tandem, in order to increase grid resilience and efficiency, enable use of newer and cleaner energy technologies, and even potentially reduce consumer costs.

This article originally appeared on the Leaders in Energy website: https://leadersinenergy.org/sri-resources/