A research group at MIT says nuclear fusion is within years of being commercially viable. And a European project, the International Thermonuclear Experimental Reactor (ITER), is also aggressively moving toward development of nuclear fusion power. Is this the dawn of a new nuclear age—safe, sustainable energy from nuclear fusion?

The joke about energy from nuclear fusion is that it is always just 20 years away. In the 1950s, researchers hoped that they could solve our energy crisis by building a sun on earth. They predicted that it would be possible to harness the sun’s energy-making processes, known as nuclear fusion. If successful, this process would allow humans to use the abundant hydrogen on earth to provide limitless energy, while avoiding the potential catastrophic risks of nuclear fission reactions and generation of toxic nuclear waste.

Nuclear fusion works by combining two small hydrogen atoms to form a larger nucleus, a process that releases energy. However, the fusion of two nuclei—the solar “trade secret”—requires “very high energies and temperatures,” explains Dr. Alexandru Boboc from the U.K.’s Culham Centre for Energy Fusion (CCEF). When these conditions are met, matter reaches “the plasma state,” a state that occurs in the sun’s core thanks to the star’s colossal heat and gravitational force. In this plasma state, electrons are freed from the atom’s nuclei and float freely. These positively-charged nuclei normally repel each other—but due to the sun’s massive internal pressure (generated by its gargantuan size), the positively-charged nuclei fuse, releasing energy.

The challenge of nuclear fusion is generating these conditions on earth, without the help of the sun’s enormous heft.

A leading effort to reproduce the conditions inside the astronomical pressure-cooker is ITER, located in Saint-Paul-lez-Durance, France. ITER was launched a decade ago by seven partners—the United States, the European Union, China, India, Japan, South Korea, and Russia— that share the goal of generating electricity from fusion processes.

ITER Director General Bernard Bigot has said that achieving nuclear fusion is not “a question of capability, it’s a question of political will.” The Donald Trump Administration’s recent budget cuts raised questions about this political will by signaling that the United States may significantly reduce its contribution to the international project. In fact, the United States indicated in December 2017that it would cut its 2018 contribution from the planned $120 million to $63 million. Fortunately, the new omnibus budget bill President Trump signed on March 23—after threatening a veto—solidifies a U.S. 2018 contribution of $122 million, slightly above the original figure. 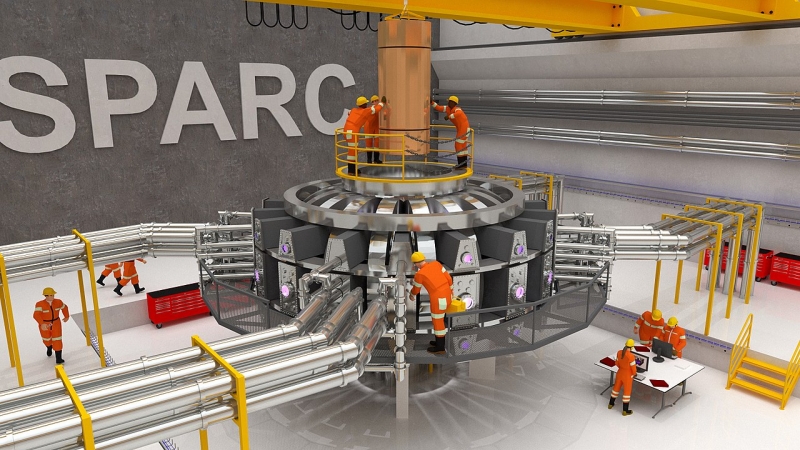 There have also been recent developments in U.S.-based nuclear fusion experiments. The Sparc project, a major new collaboration of the Cambridge, Massachusetts-based company Commonwealth Fusion Systems, Italian energy company Eni, and Massachusetts Institute of Technology (MIT), is taking a novel approach to turn fusion from a very costly experiment into a “viable commercial energy source.”

The problem faced by every fusion experiment is that it requires more energy to run than it produces. Thus, even though the fusing of light elements like hydrogen into heavier ones like helium releases massive amounts of energy, fusion hasn’t been valuable for generation of electricity. Net energy is only produced in the extremely high temperatures of the sun—“millions of degrees.” These temperatures are way too high for any solid material to withstand—so how can scientists possibly think they can harness the power of these reactions?

Enter powerful magnets, which are strong enough to hold the plasma in place, preventing it from touching any other part of the fusion chamber. Recent advances in superconducting materials have produced extremely durable metals, forming key components of nuclear fusion reactors. For example, steel ribbon coated yttrium-barium-copper oxide (YBCO) can operate at extremely high temperatures of roughly 388 degrees Fahrenheit (in contrast with most other superconductors, which can only operate closer to absolute zero). This YBCO-coated steel tape has enabled production of smaller, yet mightier, magnets that reduce, in turn, the amount of energy required to generate the fusion reactions.

Plus, these superconductors can produce much higher temperatures and pressures. According to Prof. Howard Wilson, a physicist at York University, “the higher the magnetic field, the more compactly you can squeeze that fuel,” which leads to more reactions among the fusion particles. 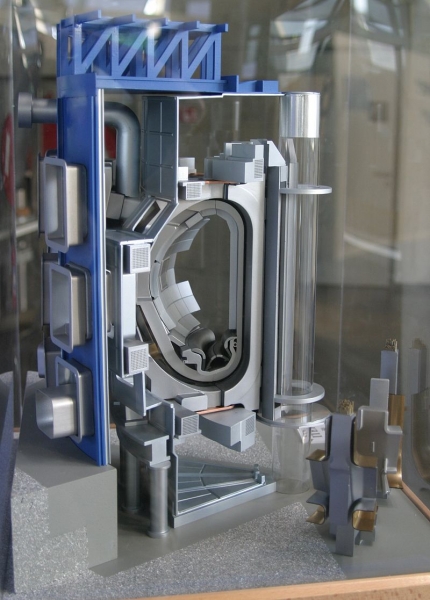 Using these new superconductors, the new MIT project, SPARC, will be smaller than the ITER experimental project—roughly 1/65 of the size. SPARC is designed to generate roughly 100 megawatts of heat, and although the heat won’t be transformed into electricity (yet!), the amount of power generated roughly every 10 seconds would be enough to power a small city. Importantly, researchers estimate that the project will produce two times as much power as it takes to heat the plasma—thus netting zero-carbon energy from fusion reactions.

The potential of energy from fusion is great—a carbon-free source of energy without generation of the harmful nuclear waste from nuclear fission reactions. And the fuel is truly renewable, meaning the potential for energy generation is limitless. Whereas fossil fuels, as well as the uranium mined for use in nuclear fission, are non-renewable resources that are rapidly diminishing with rising energy needs, abundant hydrogen will never be in short supply.

Thanks to these recent advances in technology, Commonwealth Fusion Systems CEO Bob Mumgaard recently told the Guardian “we think we have the science, speed, and scale to put up carbon-free fusion power on the grid in 15 years.” MIT’s vice president of research Prof. Maria Zuber, said to WBUR “If we succeed, the world’s energy systems will be transformed. . . . This commercial investment success will benefit humanity by providing carbon-free power at scale in time to mitigate the deleterious effects of global warming.”

Measuring Up: Smart Meter Lessons From the United Kingdom