EPA's Report on Fracking and Water Quality: Too Little Too Late?’

Since 2008, there have been numerous reports of drinking water contaminated by hydraulic fracturing, or fracking. Footage from the film Gasland famously showed residents of Dimock, Pennsylvania, igniting water from their taps, arguably demonstrating that methane had migrated into their water sources during the fracking processes. There were also reports of contaminationfrom chemicals found in fracking fluids, waste, and fracking byproducts.

However, in 2005, the fracking industry was exempted from parts of the Clean Water Act and the Safe Drinking Water Act, and as many chemicals used in fracking are classed as “proprietary blends,” gas firms are allowed to keep their trade secret formulas under lock and key. Furthermore, when contamination has occurred and families have received compensation from gas companies drilling on their property, they have been required to sign non-disclosure agreements, preventing them from sharing details of the contamination. Because of this, many of the reports of water contamination have been dismissed as “anecdotal.”

In December, the U.S. Environmental Protection Agency (EPA) issued a new and final report on the threat of fracking to safe drinking water supplies. The initial draft report, released in June of 2015, concluded that EPA did not find any evidence that fracking caused “widespread, systemic impacts on drinking water” and therefore posed no danger to water sources. However, following a public meeting to discuss the draft in October 2015, EPA’s Science Advisory Board released a final peer-reviewed report in August for public comments and another round of review. After taking into account public comments, the December 2016 final report was released, omitting the previous statement about “lack of evidence.” The final report considered new information, including a “review of over 1,200 cited scientific sources; feedback from an independent peer review conducted by EPA’s Science Advisory Board; input from engaged stakeholders; and new research conducted as part of the study” that concluded that fracking, under some circumstances, could affect drinking water.

EPA report’s follows the five stages of the fracking water cycle: water acquisition for use in fracking; chemical mixing to prepare fracking fluids; injection of the fracking fluid into the production well to create fractures; wastewater collection after injection; and disposal or reuse of the wastewater. All of these stages have the potential to contaminate. 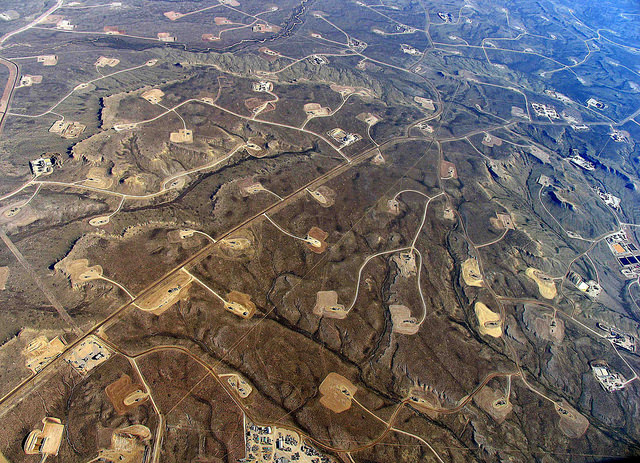 The report assesses each stage for the potential to impact water supplies, and also highlights factors that are likely to increase the frequency or severity of impacts on water. Specific activities that may increase impact include withdrawing water for fracking in places or times of water stress, particularly when there is strain on groundwater resources, and accidental spills during the handling of fracking fluid. Further issues of concern identified in the report include direct injection of wastewater or other fracking fluids into groundwater sources, or contamination of groundwater sources from disposal or storage of wastewater in unlined or improperly sealed storage pits.

However, although this research has been ongoing for six years, EPA maintains that there is much need for further study to understand fracking’s environmental impact, and particularly effects on our water supply. Especially as fracking is such a hotly contested issue, EPA and its report play a crucial role in influencing and guiding local, state, federal, and even international fracking policy to better protect water sources from potential risks.

Yet the potential impact of the updated EPA report may be tempered by policies of the Trump Administration. Necessary further research into impacts of fracking on the environment and water may be stopped due to lack of funding and restrictions on publication of EPA data. Moreover, it is likely that the new administration will soon abandon the Clean Power Plan, hamper efforts to prevent fracked wells from leaking methane, and rescind BLM's fracking rule, which sought to regulate fracking on public lands. And Trump's views, which he shared at the Shale Insight Event last September, are clear: “America is sitting on a treasure trove of untapped energy—some $50 trillion in shale energy, oil reserves, and natural gas on federal lands." This, Trump continued, is “all upside: more jobs, more revenues, more wealth, higher wages, and lower energy prices.”  And so given fracking proponents' argument that there are no major differences between the previous and newly updated EPA report, it seems that the updated report demonstrating fracking’s potential impact on our water sources may be too little too late.